Are We Losing Play Without a 'Purpose'? 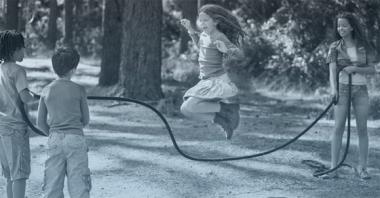 Parents generally want their children to get outside and play, but they may prefer more structured activities than adventures fueled by imagination, finds a new Gallup study.

"Many parents may not recognize the positive role that unstructured, child-led play can have on their children's development, despite the scientific research linking this type of play to the development of problem-solving skills, social cooperation, resiliency, and creativity," the report found.

Researchers from the Gallup organization, with funding by the toy company Melissa and Doug, surveyed a demographically weighted national sample of 1,271 parents and caregivers of children ages 10 and younger in all 50 states and the District of Columbia. The surveys were given in both English and Spanish, but the results were not disaggregated by language.

As the chart at right shows, parents and children reported similar preferences for play outdoors or with each other, but parents were more likely to rally for organized sports, while children wanted more television and video game play.

Gallup found children ages 2 to 10 got significantly more screen time each week than they did for any type of indoor or outdoor free play—about 18 hours a week for children ages 2 to 8 and 21 hours a week for 8- to 10-year-olds. Nearly all of the children had more screen time than the number of hours per day recommended by the American Academy of Pediatrics. "Have we lost the battle on screen time? No, but it requires us to be very active in how we win that battle," Gallup's Busteed said. "Screens are here to stay, and we're not going to be able to take that back, but we have to manage it."

"This is the kind of society we've created; everything must be purposeful and analyzed at all times," said Kathy Hirsh-Pasek, a play researcher at Temple University who was not involved with the Gallup study. "The time to be bored gets lost in that, because everything needs to have a goal."

Only 1 in 5 parents reported agreeing that it can be good for children to "be bored now and then," and only a third of parents first responded to their children expressing boredom by letting them find something to do on their own. By contrast, 31 percent of parents either give their bored kids a new activity or several options for new activities. Another 11 percent of parents stopped and played with the children themselves.

While a majority of parents in the study said free play led to children developing better creativity and problem-solving skills, those were not top parents' top priorities. Rather, parents reported self-confidence, social skills, and academic skills were the most critical for children to develop by age 10—but a majority of parents associated those skills with organized sports and structured activities rather than free play.

Hirsh-Pasek argued that both free and structured play develop confidence, social skills, and problem-solving skills—but they do so in different ways. Sports and organized activities like clubs help students learn to strategize according to specific rules and select the best choices from a defined set of solutions to a problem.

"Free play is a whole different game; things come up and there's no coach to tell you what to do. That's an important skill too, to tackle problems when we aren't given the solutions on a spoon," Hirsh-Pasek said. "Not valuing creativity and problem-solving enough is even more problematic, given that the workplace is putting even more value on [those skills]. ... Where we will be better than computers is in novelty and being social, and the more proscribed they are, the less we learn to be adaptable."

As schools shrink recess periods and more children take on organized after-school activities, parents and educators may need to consider ways to make time for children to have free play, Gallup's Busteed said.

Chart: Parents and children differ on what types of play they prefer, finds a new Gallup study.